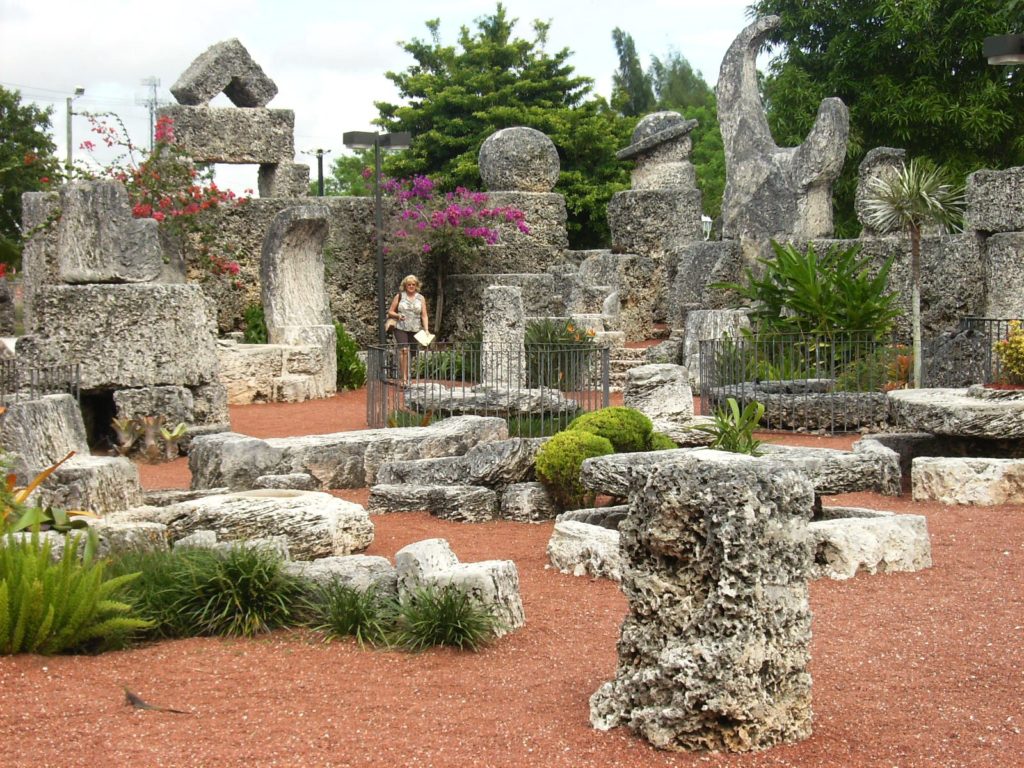 3. It isn’t even really made of coral either. It’s actually made of oolite limestone, and more than a thousand tons of it was used for the construction. 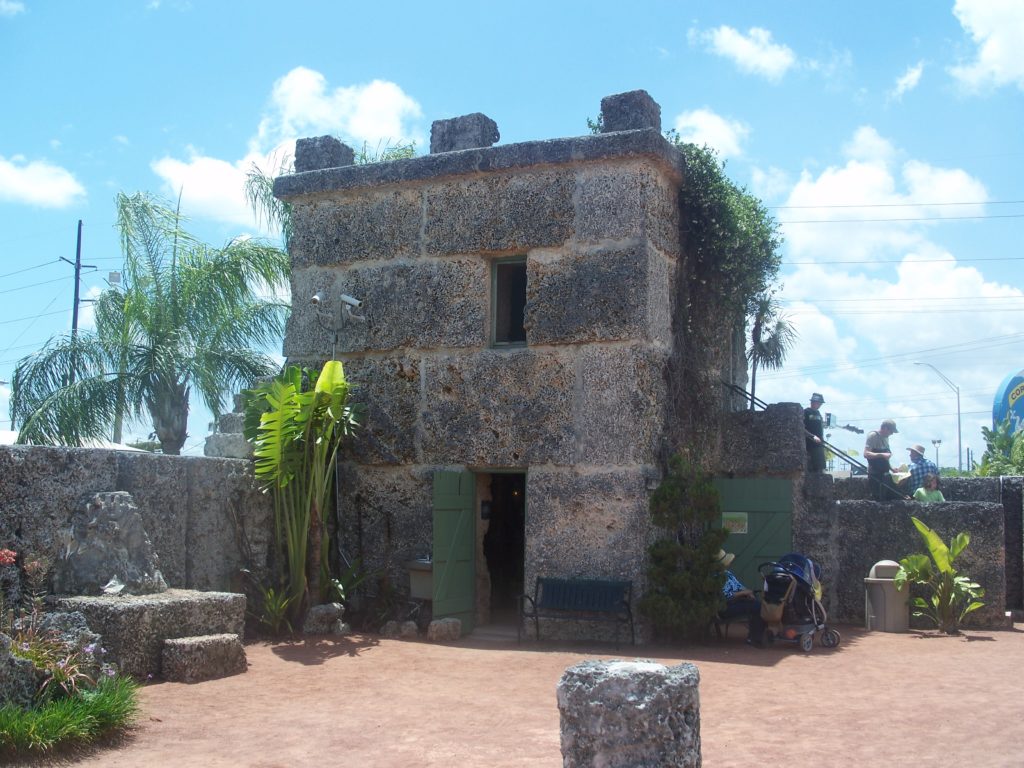 4. With only a few exceptions, all these objects were made from single pieces of stone. They weighed an average of 15 short tons per stone, with the heaviest at 30 short tons. Two of the tallest monoliths are 25 feet tall.

5. One of the famous features of Coral Castle was a perfectly balanced stone gate that’s 8 feet tall and 9 short tons in weight. It was carved so it fits within 0.25 inches of the wall. It was so well-balanced and swung so easily that even a child could move it with a push of a finger.

The mystery of how this gate was designed lasted for decades until it stopped working in 1986. To remove the gate, 6 men and a 50-short ton crane had to be involved. They discovered that the rock rested on a truck bearing that had finally rusted.  They fixed it, and ironically the modern fix only lasted for 9 years when it failed again. It was again repaired, but it no longer swung as easily as it did before.

6. Supposedly, Leedskalnin was spurned by his 16-year old fiancée on what was supposed to be their wedding day. His creation was his way to prove his worth to the girl and to the world. 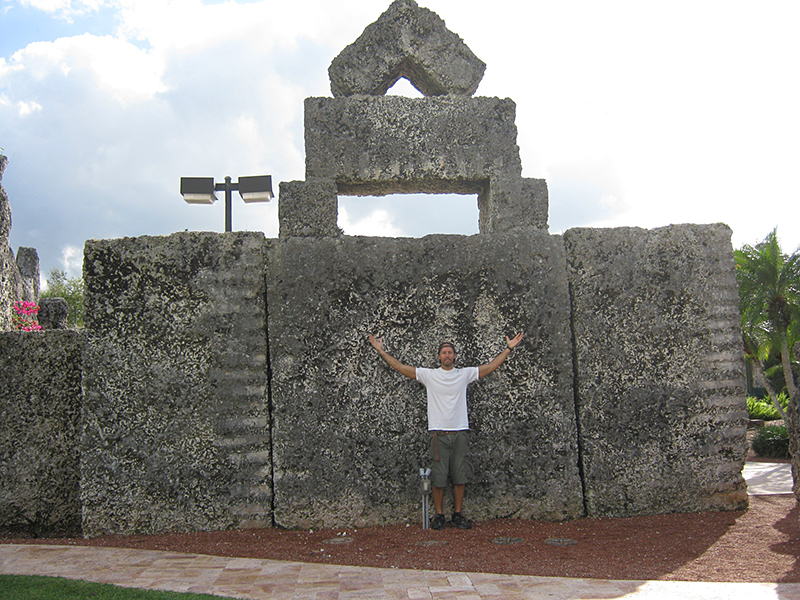 7. This story of Coral Castle and the young bride-to-be may be the inspiration for the Billie Idol song “Sweet Sixteen”.

8. The marvels of Coral Castle have fascinated generations of visitors, and many have offered wild theories about its creation. Some of these theories have mentioned alien technology and supernatural powers.

Coral Castle and its fantastic features have been accessible for almost a century now. It’s a modern 20th-century marvel far ahead of its time, and it’s a testament to one man’s dedication to engineering excellence and the mystery of how he built it.