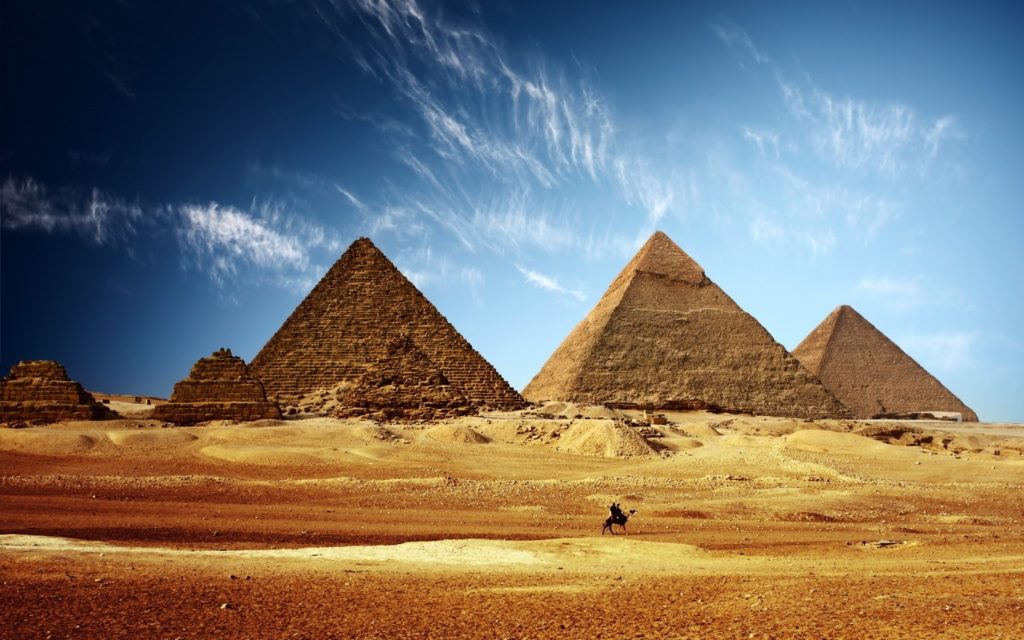 Even today, the Great Pyramids of Egypt are awe-inspiring and majestic. It wouldn’t be easy for many countries to build them now using modern technology. So it boggles the mind that these pyramids were completed in 2560 BCE. It is one of the 7 wonders of the ancient world, and it’s the only one left standing.

You can imagine how other people who first beheld the pyramids felt when they saw these huge monuments for the first time. The Great Pyramid (the biggest of the 3) is especially massive, yet the proportions are nearly perfect. It comes as no surprise that myths have arisen among many people to explain its existence. Even today, supposedly modern people believe certain myths about how these structures were built.

Let’s take a look at some of these myths:

1. Slaves built the pyramids. Or more specifically, they were built by enslaved Israelites. Many people believe this, as they’ve seen the movies. Those movies, on the other hand, were based on the accounts of Herodotus. But then the “Father of History” saw the pyramids about 2 thousand years after it was completed, and so accounts may have been distorted.

However, modern archeologists believe that the builders were actually highly regarded craftsmen of the time. Their remains were found next to the pyramids, and being buried to the divine Pharaohs was an honor that wasn’t granted to slaves. Also, the large numbers of cattle bones found at Giza was evidence that their staple food was beef, and at the time that was a delicacy in Ancient Egypt.

2. The pyramids were ancient granaries. This was the belief in medieval Europe. In fact, it was called Joseph’s granaries as far back as 500 AD.

3. Aliens built the pyramids. It’s true that astronomy had a key role in the construction of the pyramids, as they featured shafts that directed the spirits of the Pharaohs to important stars. However, some people took that to mean that the structures were made by aliens, which would explain the almost perfect proportions.

4. The pyramids were built with mental levitation powers. This was the theory proposed by noted psychic Edgar Cayce.

6. Hills were carved to construct the pyramids. This theory was published in a Fort Wayne newspaper in 1884. There were large hills, and the craftsmen carved the hill from the top downwards to create the pyramids.

7. It was built under the direction of Satan. This was the religious argument brought forth in 1928 by “Judge” Rutherford, who was a leader of the early Jehovah’s Witness movement.

8. Noah was the true architect of the pyramids. A British author proposed this theory in a book published in 1859. According to the theory, only the builder of the Ark was the “most competent” to have made such a creation.

In any case, the Great Pyramids are an engineering feat.

What is your myth?