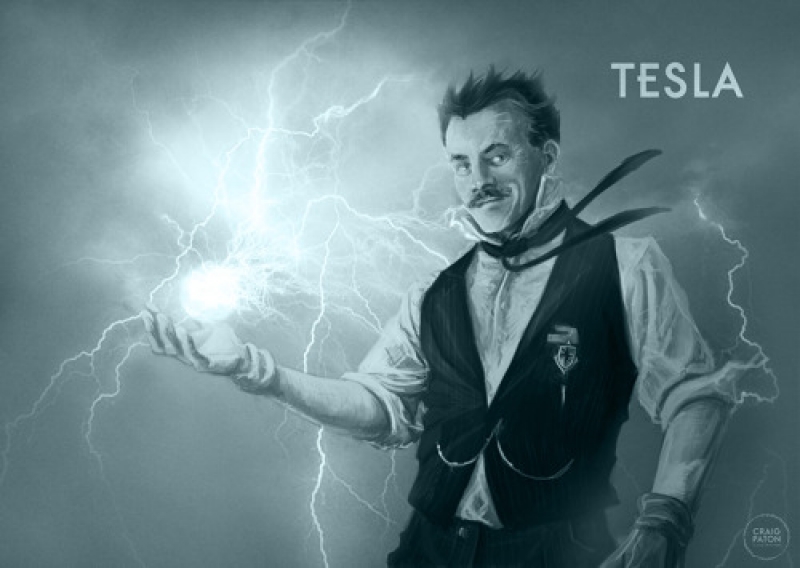 Interest in Nikola Tesla surged after the sudden rise in fame of Tesla Motors and their extremely popular electric cars. But exactly who is Nikola Tesla? Here are the most important facts you have to know:

1. He was born in 1856 in what was then known as the Austrian Empire. The place where he was born is in modern day Croatia, but ethnically Tesla was a Serb. Later on he became a Serbian-American. He arrived in New York when he was 28 years old.

2. He is now considered the true father of the modern electric age. He had 300 patents to his name and his research included a wide range of scientific topics

3. He was famous for his “feud” with Thomas Edison, as they promoted different forms of electricity. Edison was the champion for DC or direct current, while Tesla pioneered the alternating current with his ally George Westinghouse.

4. Tesla actually worked for Edison’s Manhattan lab when he came to the US. He was highly recommended, as he had studied math and physics at the Technical University of Graz. For good measure, he also studied philosophy at the University of Prague.

5. He only worked for Edison for a year. The story goes that Edison offered Tesla $50,000 if he could improve the DC dynamos. So Tesla did just that after conducting experiments for months. Tesla asked for his money, but Edison said he was just joking. Coincidentally, Tesla left Edison’s company soon after.

6. Tesla discovered polyphase alternating currents, which was used in his famous Tesla coil. The Tesla coil created a transformer that could produce extremely high voltages, and it also resulted in impressive electric flames and sparks.

7. Tesla bent fluorescent tubes to create letters for show spelling out the names of famous scientists of the time. These were, in effect, the very first neon lights.

8. Tesla was able to send a wireless transmission from his lab to a boat 25 miles away. This was in 1897. He was actually the true father of radio, since he invented radio accessories like the tuner and the antenna. Marconi was given the credit at the time, but then the US Supreme Court ruled that Tesla’s patent had precedence. The ruling was issued in 1943, but then Tesla died on January of that year at the age of 86.

9. His research on electromagnetism helped with the development of X-rays. Tesla’s experiments also revealed that using radiation on human flesh could be dangerous.

10. Tesla envisioned a world with robots that could do dangerous work so humans wouldn’t be in danger. He invented a boat that was remote controlled, and this was in 1898—which some consider as the birth of robotics.

11. Tesla also claimed that he was able to build an oscillating machine that could simulate the effects of an earthquake. A demonstration of the machine supposedly scared the heck out of his friend Mark Twain. However, Tesla destroyed the device when he realized that it could be used for massive destruction.

12. Tesla died in poverty. All his research was confiscated by the government and classified as top secret. These included plans for a “death ray” that’s similar to modern lasers.

By the way, we all use AC electricity these days, and we owe that and many other modern devices to Nikola Tesla.